This is an Out-take from our 2020 Compendium

When asked by the media why anyone would risk their career by engaging in the misconduct chronicled at Wells Fargo, former CEO John Stumpf voiced a frustration that is common in C-suites and boardrooms among many firms, and in most industries, worldwide: “I don’t know how to explain human behavior.”

That inability cost Mr. Stumpf his job, tens of millions of dollars in punitive fines, cries of derision from the public and Congress, and a lifetime ban from the financial industry. It has cost his firm billions in fines and continuing stock price impairment vis-à-vis peers. Recently announcing a new $3 billion dollar fine and deferred prosecution agreement, US Justice Department attorneys said the case against Wells Fargo illustrated, “a complete failure of leadership at multiple levels within the bank.”

But many company leaders struggle to manage misconduct risks, as daily headlines attest. Why?

Perhaps it is because their approach to non-financial risk management seems akin to trying to practice medicine while knowing only about bones—and nothing about hearts, lungs, nerves, and all the other parts of human anatomy. Attention goes to the risk management framework only, while essential parts of the broader system and its dynamics, are routinely ignored or assumed to follow simple rules of cause and effect such as those enshrined in rational actor theory.

Instead, non-financial risk mangers might give thought to the “superminds” at work throughout their firms.1 “Powerful combinations of many individual minds,” superminds have a kind of collective intelligence. While it was this, rather than individual intelligence, that allowed our hominin ancestors to thrive, this ubiquitous if invisible phenomenon goes unrecognized in most management circles. But superminds not only exist, they are observable and measurable, as we have demonstrated in my lab.

Hierarchies are the most obvious form of supermind— one that mobilizes large numbers of individuals to achieve the goals of whoever it is that controls the hierarchy. Because hierarchies are easy to see, most companies have produced organizational charts that map them in great detail. But those who assume that the “org chart” reflects the only relevant supermind at work in their organization will likely find themselves surprised—and probably unpleasantly so, as appears to have been the case for Mr. Stumpf.

To avoid such surprise, one must see the company itself as a supermind—a group of individuals acting together in ways that seem intelligent (at least sometimes). The company-as-supermind is, in turn, composed of many smaller superminds, including the formal hierarchy but also many (usually informal) communities. These smaller superminds interact with one another through an internal ecosystem, which is yet another form of supermind. It is to these various nested “organs” of corporate anatomy that we must look if we wish to better explain human behaviour in organizations.

In a pure hierarchy, group decisions are made by delegating authority to individuals in the group. Managers at higher levels of the hierarchy make decisions that those below them are expected to follow. By contrast, within communities, decisions are made by informal consensus and shared norms of behaviour, enforced through reputations and mechanisms of peer pressure like shame and ostracism. A member who upholds community norms wins the admiration and respect of peers, while those who flout them risk losing such status and access to resources (material or other).

Superminds not only exist, they are observable and measurable.

Like the parts of a circulatory system in a body, most companies of any size have many different sub-communities in different parts of the company. For instance, a community of senior managers may have very different norms from those of the sales force in Tokyo, the accounting group in Cleveland, or the smokers congregating outside the New York headquarters building. All these different superminds interact within the overall ecosystem that constitutes the entirety of the company.

Community norms and concern for reputation create the culture of a company. When the behaviour- shaping influence of the community conflicts with the directive authority of the hierarchy, we say that a firm has “cultural problems.”

While many today recognize that culture is important in shaping company performance, we haven’t had very good ways of measuring or managing it. Thus, we manage culture and conduct risk as though we were doctors who knew that people bleed when cut, but who had only vague ideas about how and where blood flows within the body. How, then, to stop the bleeding?

Though we may sometimes believe hierarchical managers can control the communities and cultures in their organizations from the top down, anyone who has ever tried to do this knows that it is much easier said than done.

For instance, when a managerial hierarchy decrees that people must act in a certain way, but these rules conflict with the community norms in the company, it is often the community’s norms that prevail.

This appears to have been the case at Wells Fargo. Top executives were made aware of the various misconduct issues as far back as 2004, when an internal investigator called the problem a “growing plague.” Why did they take so long to implement effective corrective measures? Many argue that management at the firm was “wilfully blind.” But perhaps, without a metaphorical Grey’s Anatomy to guide them, they simply misdiagnosed how the parts interacted to make the system itself “toxic.”

The Bank for International Settlements recently released a study on operational risk in the banking sector. It finds that an average of 435 days elapse between the occurrence of an operational risk event and the recognition of related losses. “Internal fraud events and failures as a result of negligence or improper business practices are less likely to be discovered than other events,” the BIS reports. More, it typically takes 448 days before internal fraud events are recognized and responded to as such—while 827 days is more common in the case of improper business practices like those at Wells Fargo.

Just as individual intelligence predicts many kinds of real-world performance for individuals, collective intelligence predicts performance for groups. Marvin Minsky, one of the fathers of Artificial Intelligence, wrote of something he called a “society of mind,” emerging from the interactions of many “agents,” none of which is necessarily as intelligent as an individual but which, collectively, create a system that is intelligent. Specific individuals may play a key role in the successful decision-making of a supermind. But, very often, these decisions just emerge from the actions of people in the group. Superminds may thus seem to have wills of their own—different from those of some or even all of the individuals within them.

So, what are we to do? First, we need to be aware that all these different superminds are operating in our organizations. In other words, we need to be like doctors learning about human anatomy.

Community norms and concern for reputation create the culture of a company.

But it would be extremely useful if we also had some metaphorical “MRI” that permitted us to see more clearly the size, shape, and location of these different superminds operating within an organization.

Fortunately, modern tools like data analytics and machine learning make this possible, in ways barely imaginable a decade or two ago.

Given such new technology tools, our great- grandchildren may find it hard to understand how the organizations we belonged to in the early 21st century could have been run with their managers’ eyes, figuratively, closed. 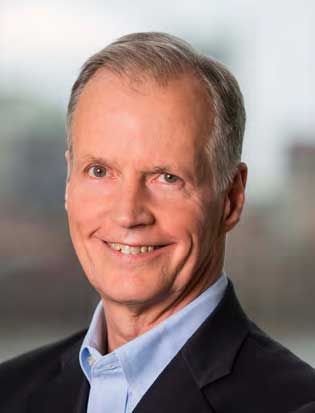 THOMAS MALONE is the Patrick J. McGovern Professor of Management at the MIT Sloan School, founding director of its Center for Collective Intelligence, and founding co-director of the MIT Initiative on "Inventing the Organizations of the 21st Century.” The acclaimed Superminds summarizes decades of his essential research.